Every week I come to Sunday night and I think to myself, I have another blog post to write and I have no idea what to write about.

So every week I do the same exact thing, I go online and I google “Blog Post Ideas” and every week it results in the same idea, nothing. I don’t relate to any of the ideas or sometimes I can only get to about half a paragraph when I just can’t do it anymore. I would say this is the problem of a writer, but it may just be the drive of a high school student. 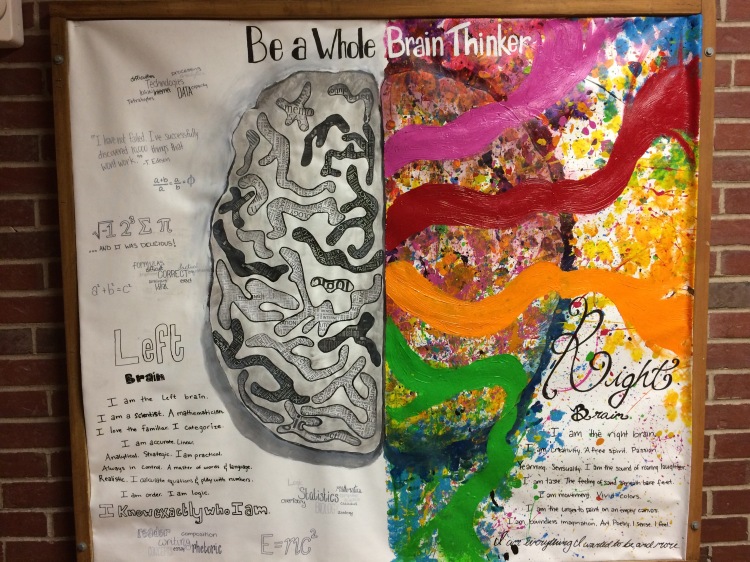 I go on all these blogs and everyone is experiencing life: they are traveling, they are baking, they are hanging out with friends. They’re succeeding at whatever they want to do. They’re happy to be doing everything that they’re doing.

So after I envy them for living in London or getting a cute find in a thrift store I turn to my friends.

I ask them, “what should I write about on my blog?”

And I get the same response almost 100% of the time. “Me!” They all say, some giggle, some do the smile thing where they pretend like they’re joking but they’re actually 100% serious, some people get jealous because others I have actually talked about and haven’t talked about them and some people just shrug their shoulders.

So I’m sitting here on a Monday night again, thinking what do I even write about. Because I’m in Smalltown, USA. It’s raining outside and I just got over strep throat, therefore dancing in the rain and typing about it is out of the question (even though I did this anyway). 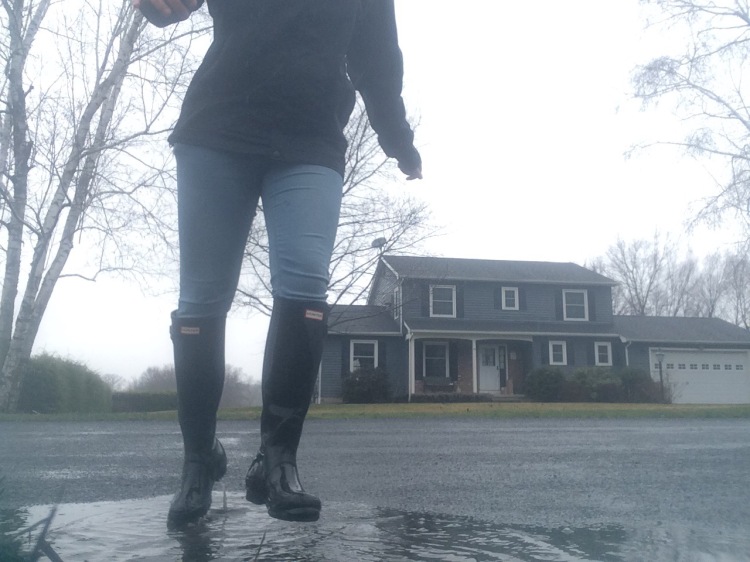 So in a desperate Google search I found myself looking at TED Talks to gain some sort of inspiration. At first I listened to why music should be free, then the 8 steps to success, and then I stumbled on relationships.

After watching this 15 minute interview I thought: I still have no idea what I am going to write about. I turned everything off and decided to think about it on Tuesday.

But then I thought, what if I actually wrote about my friends?

So here we go. I am not going to use names, I’m simply going to make them up, the pictures that are with the stories have nothing to do with the event or person. You may guess who is who but, again, who knows? So here are how my friends have inspired me and lifted my spirits up:

When I was first diagnosed with diabetes, I didn’t want to go back to school. I was scared and ashamed and nervous that everyone would think that I was weird because I was different. The first week back after a week off of staying at the hospital and learning everything about diabetes we read a short story. I’m sure to my third grade self it felt like a novel. In this story a boy found a fish and it was magical. The boy received three wishes from the fish and whatever his wishes were doesn’t matter because I don’t remember them. After finishing we were all asked the question, “If you could have one wish, what would it be?” About a week later my mother told me that my friend had written, “If I could have one wish it would be for Erin’s diabetes to go away.” And that was the moment when I wasn’t scared of my friends anymore.

This past year I came to terms with a few things, one of them being that not everybody is going to get along and not everybody is going to like you. From an unbiased stand point this girl and I did not get along, we were like fire and ice per say, and one day she was talking about me to one of my friends, who instantly turned around and defended me. I don’t know why this story is so important to me but I think it’s because that was the moment where I realized that you’re not really someone’s friend until you defend them to someone else. I never thanked him for this but I’ve always appreciated it.

At a basketball tournament, I was having a bad bad game. The refs were on my case, I got close lined in the face and I was bleeding so much to the point where I thought I was going to need minor surgery. But they still wouldn’t allow me to be subbed out. I sat on the bench farthest away from people, not wanting to talk and only wanting to be miserable by myself. When my best friend came off she came and sat next to me and put her arm around me. This is the person I thought of when watching the TED Talks video about the importance of female friendship. Thanks for being my rock.

A Cinderella Story with Selena Gomez is the best remake of Cinderella hands down(I’m sorry Hillary Duff & Chad Michael Murry) that’s why it is literally my friend and I’s friendship movie, because it’s just so good. When we were younger we would dance to it and try our best to copy the moves. We were unsuccessful, obviously because we were like 10 and probably on the peak of a sugar high. Oops. But irregardless it’s one of those memories where I didn’t feel like my insulin pump was weighing heavily on my hip because I was just having fun! 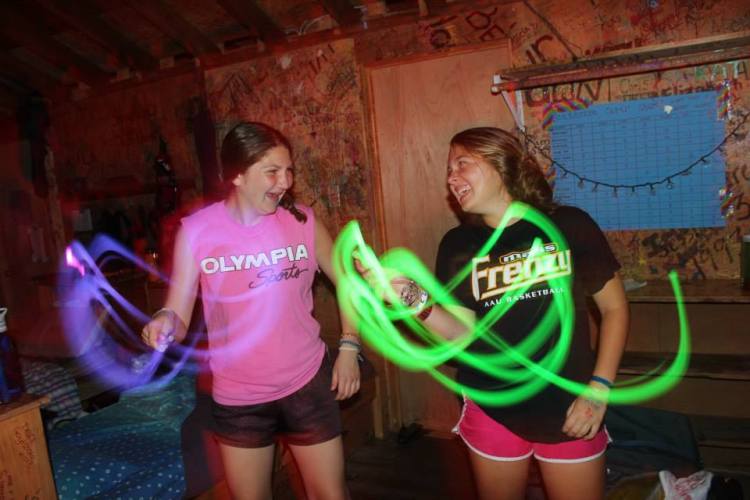 One time, on a day off from basketball I decided to drive about an hour and a half away from my house to go and watch my friend play some basketball. She is an amazing player, and I’m so happy I get to watch her find her path through the grace that she carries herself with. After the tough loss she came over to me and just hugged me. In the moment I knew I was just being there for my best friend but afterwards I realized that it was so much more. Being able to be there for a friend when they are upset is the biggest thing about a friendship, being able to have the trust to lean on them when you need too. And I’m glad I have a few friendships in my life that are like that.

I honestly can’t think of a specific memory that really shows how grateful I am for this human but I’ll tell you what she taught me as a little child after I give you some background knowledge. We didn’t get along. At all. Our parents used to literally set up business meetings with each other where we would write on a piece of paper why the other made us so mad. I remember one night we decided to have a sleepover and it was raining and we couldn’t do anything so we just played pokemons or our version of it, and I think we both secretly realized that we could be friends. But anyways, we hated each other. But she taught me that blind hatred is the worst type, that hating someone for really no reasons takes up too much energy (and it’s just a waste of time), and she also taught me forgiveness and how to move forward in life. Acceptance. Forgiveness. And the ability to let go. These are all so important to me today and I wouldn’t have that without this person. I’m glad we don’t have those dining room chats anymore because they were torture.

When I was 6 I went over my friends house. In their living room they had small cactus, the plant itself was no bigger than a baseball, maybe a softball. There was one rule and it was don’t touch the prickles. Seriously, don’t touch the prickles. So I smiled and said okay, I probably was too infatuated with whatever else was going on to really listen. It was probably the giant fish tank that was placed right next to the mini cactus. So without the don’t touch the prickles warning in mind, I decided that it was a great idea to grab the whole cactus. So the rest of our play date was spent taking prickelies out of my hand. Every parents dream. I know.

There are only three moments in my life where I fell in love with a song because of a specific moment. I don’t know if this person knows this but one time we were driving through a town(I have no idea which one) and this song played once while we were driving to Chipotle and once on the way home, and we were both singing it(Perfect by One Direction, just so you can understand this more). Some of my favorite memories with her are the little ones that involve us just singing to each other because it’s a sign of vulnerability and you’re opening yourself up in a way that is fun and just fun.

One time my friend allowed me to cry in the parking lot of a Justin Bieber concert and only judged me like once and so I’ve always appreciated that. I also threw up at a restaurant with this same friend and she helped me not die of too much embarrassment so I’ve always appreciated that. I mean she’s seen me at I think my worse so that’s gotta go for something. #friendshipgoals

My grandma is one of my favorite people on this earth. She is fun, loving and she is still a hippie. My cousin and I for the longest time shared our grandmothers love and she would split and either go to my sports games or my cousins. Even to this day, I feel like a child on Christmas morning whenever my grandma is watching me play. Even if we lose I still am smiling if my grandmother is there. So when I was in maybe 4th grade I was playing my first year of fast pitch softball with all my friends. After the game I was getting all my stuff together so I could say hi to my Grandma and go home. When I was little my friend and I looked very much a like, and as my friend was walking past my Grandma, my Grandma grabbed her and kissed her. Now, I don’t know how she felt in that moment, but she was probably very uncomfortable and confused as to why a grandmother was kissing her. However, about 7 ish years later, we still joke about it. 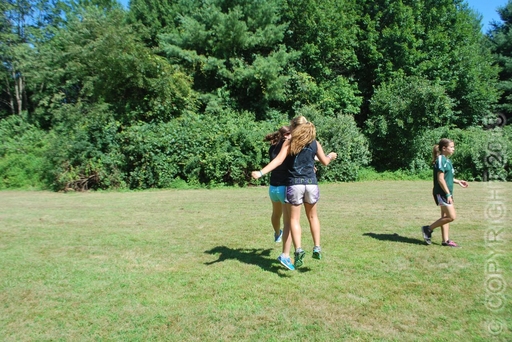 Here is the interview on TED Talks that inspired this all:

2 thoughts on “Write About Me”